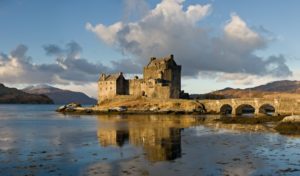 It’s independence season again. That time when the SNP government tout their independence credentials, with a conference to come, and the inevitable request to “donate to the Independence cause”, again. With the SNP (allegedly) having lost thousands of members, and questions about the financing of their party inner circle salaries (again allegedly), with, it seems, what little short money they get from Westminster having to cover not only MP’s staff that sit in the House of Commons, but the murky roster in Holyrood, most of whom we think we know about, but maybe not all, it’s a vastly different and entirely more sinister variant of what was our nations proudest and best chance independence party that Alex Salmond handed over.

It’s been 7 years since the Great Indy Trek began, in the hands of the Murrells, as they immediately began gutting the party from within, to form a new entity, a personality based party ideology, that gave token and diminishing respect, if any, to lifelong and deeply committed SNP members, some of whom had chapped doors for decades, and in many cases, although in far fewer numbers than before, still do. Any committee, group, or organization that spent their time building independence infrastructure and relationships with the Scottish people was steadily diminished, it’s power stripped to make way for a new march of sovietesque heroism, that of the biggest ideological (and extremely profitable) scam of the last decade, the transgender cult.

In that time, we’ve seen 7 years of broken promises, relentless headlines of some variant of “Indy’s just around the corner”, all accompanied by a donation drive for members to put their hands in their pockets, and dig deep, again and again. Trust us, Nicola Sturgeon said. And many did, only to be betrayed time and again, with Independence pushed into a remote political glen, with a stagnant loch, reeking of the smell of duplicitous intent. “We got the suckers again” became normalized, as did lies and mis-directions whenever any member, blogger, online commentator, or folk that desired Indy above all else, questioned the SNP leadership. Those who pressed harder, replete with the intelligence and battle experience of chasing independence against those determined to prevent us from having it, were, to put it bluntly, stabbed in the back. The SNP leadership, in cahoots with the Crown Office, some members of the Scottish legal community, and Police Scotland, contrived to imprison an innocent man, likely for life, with false accusations, ably assisted by the mainstream media, who were suddenly flush with 3 million pounds, and determined to earn it for their new masters.

Why? We’ll know more details soon, as Alex Salmond’s civil suits begin to bite, but it seems clear that he was seen as a threat to not only Westminster, but Holyrood too. There are some able politicians left in Westminster, although far fewer than before, all of whom respected Alex when he sat among them, and argued passionately and intelligently for Scotland’s case.

But when it comes to Holyrood, there are very few that are as politically capable and savvy as Alex, by a wide margin, and then some. It’s more than likely Alex made a noise about the lack of independence momentum, and from that moment, not one, but two governments, and their increasingly parasitical organizations set out to destroy him with falsehoods. He wasn’t the only target, but it’s Alex who had, and has, the gravitas, political intelligence, and passionate leadership to successfully transition our nation from what is a colonial economic and social outpost to once again being free. And the move to oust him, and lock him up, came from a Cowardice of Hesitation, by those who feared Scotland standing on its own two feet. There are those among us indy types who know what to do to make the transition, calmly, determinedly, and fearlessly, unafraid to work to remove the colonial parasite from our country, and build our own society, for Scots, shaped by our inherent sense of justice, empathy and inclusion.

A Cowardice of Hesitation is what is holding us back. Or is it? Is it hesitation for fear of the future, or fear of not knowing what to do? Nicola Sturgeon has proved herself to be a political lightweight, and in my opinion, a very nasty piece of work. I don’t trust her at all, and I would not want her duplicitous talons wrapped around anything to do with a newly independent Scotland. Her drive is for herself. She wants all of us to worship her as the “Great Leader”, when she’s not remotely qualified or political capable enough to ever aspire to such heights. Aspire she does, but she forgets it’s us who decides her fate, and the Indy movement, as it evolves, has an increasingly dim view of those who seek glory and power for themselves, to the exclusion of all else. Her star is waning, and she has distanced herself from Scotland’s future as she seeks to manipulate our political system for her own gain.

She is, at her heart, a coward. She will cling on well past the point where it is political clever to do so. She is already destroying the momentum of Independence, and we will have to work hard to rekindle the flame to the level of bright enthusiasm and passionate determination we need to gain our freedom. She uses our system against us, and in doing so, taints it with the same foul brush that is so eagerly wielded by the parasitical organism that is the English Establishment. She thinks she has learned well, and is deluded enough to believe she can continue to fool those who would do better to take a step back and look at the evidence of the last 7 years. Her time is coming, and the frenzied arsekissing she indulged in at COP26 seems to indicate she knows the end is nearer than not. The question is, is she smart enough to see the writing on the wall and get out now, before all those foul machinations she’s created and used catch up with her?

She’s a coward, and blind to anything but the adoration of those who throw themselves at her feet, and willingly comply, no matter how objectionable the task they’re given. She cannot speak in anything but speeches, and is more like the failure that is Teresa May in her inability to think on her feet, and answer in realtime, without a script. She shares May’s lack of self-awareness, surely a death sentence for anyone who declares themselves a leader, as May proved. She has relied on the good will of the decent SNP members for too long, and they are beginning to leave in ever greater numbers. Will she step down gracefully, unlike May, before she’s pushed, and before Angus Robertson and Alyn Smith duke it out to stab her and each other in the back as they walk over her political corpse in their desire for power?

Her cowardice is the reason she doesn’t want independence because she’s frightened of the task involved in transitioning to independence. (along with her continued lust for power, and building what she thinks is a suitable CV into an international post in the UN or EU.)

Her hesitation is deliberate, as she’s just not good enough to build a free nation. Nowhere near good enough.

There are others who are, and it’s to them we must turn.

We cannot continue to accept the Cowardice of Hesitation.

No comments to show.

If you can donate a small amount to keep this site running, it would be much appreciated, thanks.