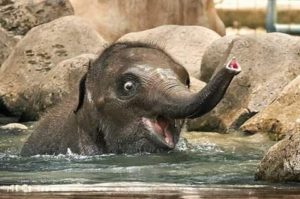 I feel the wave of discontent as the aware pack their trunks (no pun intended) and step onto the road anew….

It’s happened. Twitter faces a new competitor.  A social network based on opensource tech, and values. Elon Musk is to be congratulated for getting people off their seats, and out into the world, where alternatives exist and are finally being taken seriously.

I first opened a Mastodon account in 2019, in anticipation of a surge of new accounts, but it didn’t really happen then, as the motivation to seek something other than Twitter, or Facebook just wasn’t there. A lot of folk seem to accept the mantra “Better the devil you know” rather than seek alternatives. Even Zuckenberg’s journey into the much vaunted, and massively failed Metaverse failed to irritate people enough to spur them into action. (at least not immediately)

But it was Musk who lit the social gunpowder, first vowing to remove restrictions on anyone to be truly “open”, then posting suggestions for Ukraine to capitulate large chunks of their territory to Putin, followed by endorsing Trump’s Republican Party (Maga) in the midterms, that seemed to push many tweeters over the edge, and the great exodus to other platforms began. Mastodon servers glowed hot as hundreds and thousands of people opted to try something new that wasn’t  controlled and ruled over by Musk, and his fellow social media oligarchial emperors. Both Mush and Zuckerberg  have seen their fortunes drastically reduced, and that’s entirely due to their follies, fed by their egos.

Stories of mass sackings, the entire board sacked,  some spectacularly inappropriate decisions, like the blue tick spat, in which Musk got his ass kicked by the ever astute Stephen King, all served to feed the rebellious discontent of ever more dissatisfied tweeters, and large corporations who vowed to cease advertising on Twitter until the mess was sorted out.  And there are some serious dollars walking away from Twitter if the lists of defectors, both brands and people, are to be believed.

The age of Federated social networks began a little while ago, but it’s now that the public are figuring it out, and they seem to be embracing the new, real, freedoms. Each server in the Mastodon/Fediverse posts clear intentions of quality, safety, and responsibility, on the part of both the server administrators and their members. Those that seek to go around these rules to espouse their particular brand of extremism will be met with far quicker consequences than before. Not just individuals, but entire server instances can be blocked from any other server or servers, immediately if required. And the pile on of individuals, to get them banned and satisfy a particular ideology, will be far less likely to be tolerated by users, who take ownership of their server as their place to their online home.

And if a “tooter” becomes tired of a server, they can leave and join another, or start their own.

We have a new socially interactive community with which to communicate with each other. It’s up to us how well it works..

No comments to show.

If you can donate a small amount to keep this site running, it would be much appreciated, thanks.